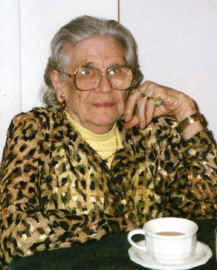 Lorraine Ellis Harr was one of the important figures in the history of American haiku. She lived in Portland, Oregon, where for almost four decades she worked tirelessly to promote the understanding of the haiku form and to encourage the reading and writing of haiku in English through the publication of a quarterly journal, Dragonfly, the organization, Western World Haiku Society and the fifteen books of her own poems in all the Japanese genres .  Internationally known poet and editor, Kazuo Sato once commented that if Lorraine Ellis Harr lived in Japan, she would be a national treasure.

Opal Lorraine Ellis Harr was born on Halloween, October 31, 1912, in Sullivan, Illinois. Her father left the family when she was three years old. The mother and three girls (Lorraine is the youngest) moved to Cooperstown, North Dakota to live for several years before moving to Portland. Her mother had a sister who lived there. The sister's husband promised Lorraine's mother a job if they moved to Portland. When they arrived they discovered there was no job. Her mother had $20 to her name. She had tailoring experience and found work at a cleaners. After high school Lorraine also worked for the cleaners before getting married. She had two sons, Lynn (1935) and Gary (1939). After several years of being a widow she married again. This she declared later was a drastic mistake. That marriage ended in divorce. In the 50s she was diagnosed with melanoma on one leg and was told she had 3-6 months to live. Around this time she met Carl Harr through a mutual interest in Scientology. Carl was about 25 years younger than Lorraine, but he continued to ask for her hand in marriage until she said, "Yes." They were married in 1958, and had a happy marriage until Carl's death in 1994.

Lorraine Ellis Harr was already writing children's stories, inspired by stories she told to her two sons, when  in 1964 she heard about a haiku contest sponsored by Japan Airlines. She studied up on the form and sent them one of her early efforts. Her poem was picked as one of the Honorable Mention winners and that encouragement set her on her path. Lorraine once revealed in an interview that she often wrote over one hundred haiku in a day. 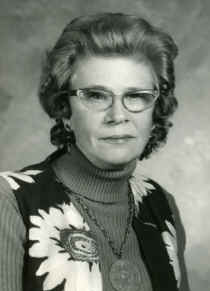 In 1972, she founded the Western World Haiku Society. Though not the first English-language haiku society in America (that honor would go to the Writers Roundtable of Los Altos, under the direction of Helen Stiles Chenoweth in 1956), the Western World Haiku Society and the San Jose Yuki Teikei Haiku Society were the first ones to become international in membership and outreach. Lorraine worked closely with many influential Japanese poets and formed lasting friendships with a wide circle of poets. Many haiku writers answered in a poll done in 1985 that either their first haiku was published by Lorraine, or that it was from her influence and instruction that they had learned about haiku.

Harr organized its contests and edited both its newsletter and six anthologies of Western World Haiku Society Annual Contest Award Winners. She led haiku workshops and lectured on haiku at venues throughout the Portland area, working closely with such organizations as the Japan America Society of Oregon and the Portland Japanese Garden.

Harr also published articles about haiku in newspapers, literary and educational journals, and other haiku magazines. Always interested in developing the best ways to teach English-language haiku, Harr focused many of her educational articles on the pedagogical issues of teaching haiku in American classrooms. In 1972, she took over the editorship of Haiku Highlights from Jean Calkins and renamed the journal Dragonfly: A Quarterly of Haiku and published it from 1972 to 1984. (Jean Calkins, however, never stopped publishing her magazine Haiku Highlights and has continued publishing on a limited basis until just this year.)

As an early and well-respected American haiku journal, Dragonfly established Harr's reputation as an editor with her sincere interest in circulating only the best examples of English-language haiku. Due to her identification with the magazine Dragonfly, some Japanese poets began to call her "Tombo"  Japanese for dragonfly. Later, then she adopted the name for herself and for the Tombo Haiku Group which Lorraine founded in Portland as a way to mentor new haiku poets and to support poets who had been studying with her for many years.

Through her writing, editing, lecturing, and teaching, as well as through her voluminous correspondence with poets around the world, Harr encouraged a traditional approach to haiku. Clearly seen in her critical writings such as "The Isn'ts of Haiku," "Haiku: The Playful Phrase," and "Guidelines to Haiku Writing," Harr emphasized an approach that is grounded in the Japanese history of the genre so that her readers would not perpetuate the "misconception that haiku is a little poem of 5-7-5 syllables all about nature that has caused our textbooks to be riddled with much misinformation."

In her own poetry, Lorraine used a wide range of season words (kigo, in Japanese) and often wrote seventeen-syllable haiku that break evenly in lines of 5-7-5 respectively. Nevertheless, Harr was also interested in a certain degree of experimentation achieved by testing the limits of traditional haiku. In some instances she experimented with the formal qualities of the poems. For example, she was one of the first poets to work with one-line haiku, publishing a collection of them in her book, Sundowners. In other instances, she experimented with arrangements and themes. In Pathways of the Dragonfly: Seventy/Sevens, she published seventy haiku sequences, each containing seven haiku. In the book Tombo she presented a collection of 226 haiku about dragonflies. In fact, most of Harr's book-length haiku collections tended to work with a single theme or group of themes.

Harr published fifteen books of poetry, most of which are collections of haiku; however, in addition to writing haiku, Harr also wrote senryu, linked verse, tanka, haibun, free-verse poetry, cinquains, and children's literature. Her second-last book, Walls of Silence, was a collection of tanka written in memory of her husband, Carl Harr. And her most recent book, Under the Roan Cliffs (2005), co-written with Brad Wolthers, presents renga focusing mostly on nature and cowboy-related themes.


No other sound--
just Spring rain dripping
through wisteria


Under the window
all night long, lovesick cat's
amorous yowling.


Tide pools;
Under this rock too is something
that crawls away.


Running from the sun
shadows of the shore bird's legs
. . . lengthening


Autumn sunrise;
At the edge of the birch woods
clumps of goldenrod


Here in the garden
mending the patched old scarecrow
. . . another season

In a note from Tom Noyes he identified this haiku as his favorite.

The sparkler goes out
and with it - the face
of the child.

Thanks to Martha Haldeman (Lorraines daughter-in-law), Ellen Olinger, and Ce Rosenow for help with this information.